Below is some information about the different types of alcohol commonly found in Japan. Please note that some ‘beauty’ drinks, usually found in izakayas, contain collagen and are therefore not vegan. Look for コラーゲン (korāgen).

As well as regular beer, there is also ‘happoshu’ (low malt beer) and ‘third beer’ (no malt beer made from wheat, soy or other ingredients) in Japan.

Until 2018, beer in Japan could only be made with things like hops, water, and other things like rice and corn. Beverages containing other ingredients could not be called beer. However, in 2018, the laws were changed so that beer can contain up to 5% of the weight of the malt of the drink of other ingredients such as fruit, spices, salt, herbs, miso, or katsuo (skipjack tuna). The Mainichi newspaper has a detailed article on the change. (English)

According to Barnivore the following Japanese beer is vegan: Kirin, Asahi, Sapporo and Baird Beer (craft beer). Almost all the Kiuchi Hitachino Nest beer is vegan too (the Sweet Stout contains lactose). Unfortunately there is no listing on Barnivore for Suntory.

Per an article in LiveKindly in November 2018, Kirin Holdings Co., Ltd., the second-largest alcoholic-beverage manufacturer in Japan,  has agreed to join Asahi Group Holdings, Ltd., Suntory Holdings, Ltd., and Sapporo Holdings Ltd. to stop animal testing that is not required by law.

Kyoto Brewing Company stated that they don’t use any animal products such as isinglass to filter their beer. The only clarifying agent they use is called Koppakleer, which is derived from carrageenan, a seaweed.

The Vegana No Japao blog contacted Asahi, Kirin, Suntory and Sapporo in 2019 asking if they have any vegan-friendly beers.

Asahi replied that none of their beer is vegan-friendly. They apologized but stated that they would not give information on the manufacturing process. This appears to conflict with older information that was reported to Barnivore.

They also stated that Kirin Lager Beer/キリンラガービール, Tanrei/淡麗 and Nodogoshi/のどごし do not contain animal ingredients and do not use isinglass or gelatin in the processing. Sapporo stated that none of the beer-taste products they manufacture domestically and abroad are licensed to use animal ingredients, including non-alcoholic beer-taste beverages. No animal-derived fining agents such as isinglass are used.

Check Vegano No Japao for more information. (Japanese and Portuguese)

As most vegans are aware, some wines are not vegan as animal products (such as egg whites, gelatine and isinglass) are used in the manufacturing process. We contacted the following Japanese wineries to ask whether their wines are vegan:

Unfortunately we only received a response from Kikkoman, informing us that they are unable to provide any information about whether Manns Wines are vegan.

So if you’re looking for wine, it may be better to search Barnivore for information on imported wine.

Occasionally an imported wine with a vegan label from the country of origin may turn up in a regular grocery store, such as Cuvee Plasir red wine from Spain.

The online shop Heavenly Vines sells a number of premium vegan-friendly (and organic/biodynamic) wines from boutique wineries in Canada in Japan. They come from small producers and many are not easily available outside of Canada.  They can help you with your selection at info@heavenlyvines.com. Most of the wines they carry do not use any animal products in the winemaking process. All wines they carry from the following wineries are vegan-friendly unless indicated:

Like wine and beer, sake may or may not be vegan depending on the manufacturing process.

Sake is only made from a few simple ingredients: rice, water, yeast, and Koji mold (Aspergillus oryzae – this mold is also used to make miso and soy sauce). However, as with some other types of alcohol, one issue is whether it is filtered or fined using animal products. Below is what John Gauntner (the world’s leading non-Japanese sake expert) has to say on the issue of vegan sake:

““Q30. Vegetarian Sake. As a sake lover and a new vegan, I need to find sakes that do not use any animal product in their brewing and refining. Can you give me any information on how to double check a sake as “vegan-friendly?” Most sake does not use gelatine finings, although we cannot determine what does and what does not, and there is no way to know from the label. Powdered active charcoal is used for fining of most Japanese sake. This is made from (as far as we know) wood and plants, but we cannot be sure about all stuff at all places. Sake called “muroka” is unfiltered and unfined so that would be a safe bet.” – see the FAQ section of his website.

So in short, look for unfiltered and unfined sake.

In addition, there are two ways brewers use lactobacillus. They can encourage the naturally occurring bacteria to grow by creating the optimal climate – this shouldn’t require using dairy or any other animal products. However, this method isn’t used much these days. Instead, most brewers buy their lactobacillus from a producer. The brewer most likely won’t know what the bacteria was cultured on. It could be whey, but it could also be molasses or something else. If you want to be sure, you’ll need to contact each company individually and hope that both they and their suppliers are willing to divulge the information.

The Sake Brewery Nanbu Bijin in Ninohe, Iwate, which exports to 38 countries and regions around the world, obtained the world’s first vegan sake certificate on January 25th, 2019 from Vege Project Japan. Read more about their products and awards here.

There are at least two major differences between sake and shōchū. First, sake is only made from rice, whereas shōchū can be made from a number of different ingredients, including rice, sweet potatoes, wheat, buckwheat, sugar and corn. Second, sake is fermented (like beer) whereas shōchū is distilled (like whisky, vodka, gin and other liquors).

Awamori is the Okinawan version of shōchū. Shōchū and soda (often fruit flavoured) is sold in cans as ‘chūhai’ and as a ‘sour’ in restaurants/bars. Chūhai is a shortening of ‘shōchū highball’. Umeshu is a liquor made by steeping unripe plums and sugar in shōchū. Similarly, yuzushu and momoshu are made with yuzu fruit or peaches and either shōchū or sake.

Like other liquors, shōchū is likely to be vegan, although this will ultimately depend on the manufacturer (and whether the shōchū is flavoured with animal products like honey. ). As with other products in Japan containing sugar, the sugar may have been whitened using animal bone char. Unfortunately it is difficult to find information about whether particular brands of Japanese shōchū are vegan. There are a couple of shōchū manufacturers listed on Barnivore, but they are in America and Canada. We contacted Choya Umeshu Co Ltd and asked whether their products are vegan, but we did not receive a reply. 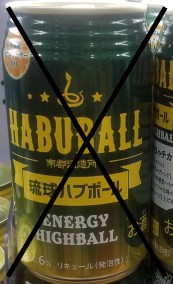 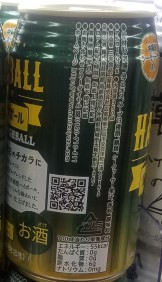