Almost all bread in Japan contains egg and/or dairy products. This makes it pretty much impossible to find vegan bread in supermarkets and convenience stores. The same goes for cookies, cakes, muffins and other bakery products.

However there are wonderful vegan pancake mixes (by Matsuda’s Vegan Mix) you can buy online, including pumpkin and coconut flavours. All you need to do is add water (plus oil if you wish). All ingredients are from Japan, except for the coconut powder which is from Philippines. The mix is hand-packed at a small welfare facility in Gifu prefecture. Click here to check out their website (in English) and here is a blog with more about the mixes (in Japanese).

To find other vegan bread/bakery products you could try the following.

Bread shops seem to be everywhere in Japan and most display allergen information for their products. This makes it easy to identify bread that does not contain egg or dairy products, however the bread may still contain shortening, lard or other animal products. To be sure, it is a good idea to ask the staff. 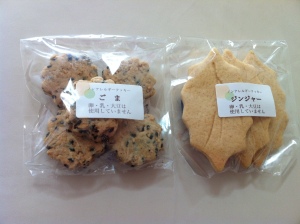 It is still a good idea to check the ingredients with staff, as many non-allergen products contain margarine (which may contain gelatine etc) and/or honey.

This bakery chain labels the products that are free of milk, egg, etc.

This bakery chain has one option at some branches that’s certified vegan by the organization Vege Project Japan:

You may be able to find imported vegan bread in foreign food stores, like this Delba 5 Grain Bread (nice that the ingredients are in English too).

This vegan sweet potato bread was in a small store in a shopping area near a train station. The shop also sold things like bento boxes, salads and rice balls. 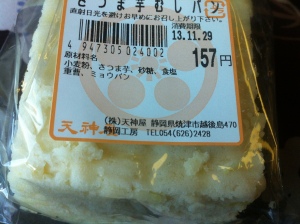 You might be lucky enough to have an organic/natural food store near you. Check whether it sells vegan bread like this (you can also check online). 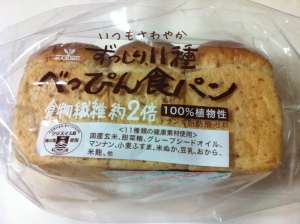 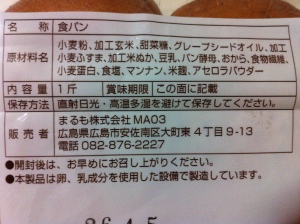 Many of the websites mentioned in the the online stores section of this website sell vegan bread, cookies, cakes, etc.

Marin Foods sells vegan hotcakes online, as well as has occasional sales at their factory outlet in Osaka.

The 4 hotcakes are premade and come frozen, with 2 packets each of maple-flavored syrup and vegan butter. Since they can be heated in a microwave, this might be a contender for food to take on a trip, if you’re staying in an accommodation with a kitchen.

Free of the 27 allergenic ingredients.

The same facility produces products that use wheat, egg, milk and soybean.

They can be purchased here (Japanese).

Free of the 27 allergenic ingredients.

The same facility produces products that use wheat, egg, milk and soybean.

They can be purchased here (Japanese).

If you are staying in Japan for a while you might consider investing in a bread maker. They can also frequently be found in secondhand shops, called “recycle shops” in Japan, at affordable prices.

The following breads and cake are available in some AEON supermarkets. 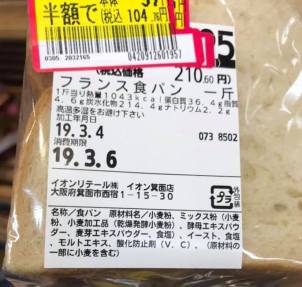 “Yeast food and emulsifier not used” is marked on the package.

This product has a “contains dairy” warning on it. According to the company, people with allergies should beware because products containing dairy are made in the same factory, so it might contain dairy as cross-contamination, but they stated that this product does not contain dairy or any animal products as part of the actual ingredients.

There is also one flavor of cake available at some Aeon stores, the Fromage Cake without Egg, Milk or Wheat/乳・卵・小麦粉しようしていないフロマージュ, that according to the company who makes it, does not contain insect or animal ingredients (フロマージュにつきましては動物および昆虫由来原料は使用材料の規格書上で使用がないことを確認いたしました). Although the person who inquired specifically asked if it was vegan, they did not use that word in their response.

The company is called Fruits Life and it makes some vegan products, like a gluten-free vegan pizza, that are available online. 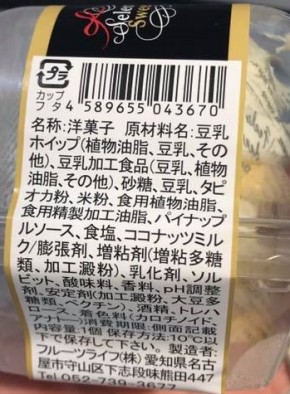 The sign for the Montblanc cake states it is gluten-free (グルテンフリー）. 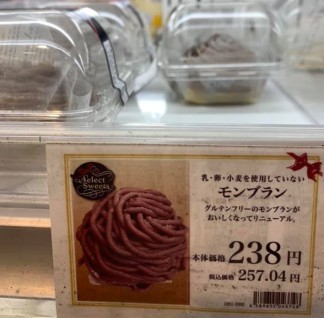 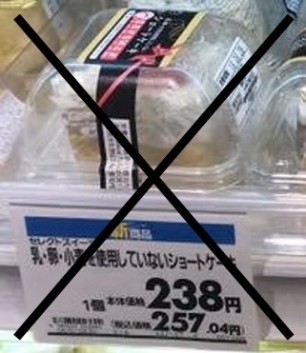 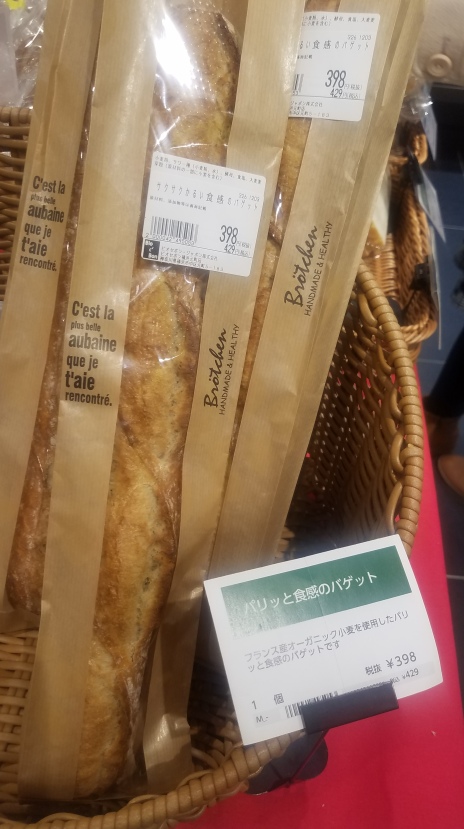 There are some organic anpan available.

Costco in Japan has been reported to have a few bread choices without animal ingredients. It’s necessary to have a membership to shop there.

Has 21 whole grains and seeds.

Except for cheese and honey wheat.

Marked “made in the New York” and “no milk, no butter, no egg” on the website.

May have cross-contamination from products containing ingredients including milk, egg, and seafood including fish, crustaceans and molluscs.

The Maheso website states that this product uses emulsifier E742e. The ingredient checker website veganeasy.org states that E742e are “mono- and diacetyl tartaric acid esters” and that “because the E472 family is derived from Glycerine (Glycerol) (see E422 above), they may contain animal fats.”

Veganeasy.org also states that “chicken lysozyme and whey may be used in the manufacturing process” when making xanthan gum.

However, this product is available on the Green’s Vegetarian Rakuten shop. 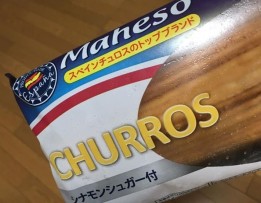