I participated in the NEWSTART cooking class in Harajuku on May 19th. This long-running cooking class has been held for 11 years.

The classes are held 8 times a year and the menu is different every time. The recipes are chosen for their healthfulness and use only a limited amount of sugar and oils. All the recipes are vegan.

This time, we learned how to make a menu of pasta primavera, gazpacho, “tuna” salad, and banana pudding.

Everyone’s tastes are different, but my personal favorites were the gazpacho and the banana pudding. I’d never considered making a pudding without a thickener like agar, but this simple pudding relied on just the banana and tofu to thicken it, along with salt, cashew nuts and some maple syrup on top. I think it would also be good with some strawberries blended in as well.

The gazpacho was refreshing and would be perfect for the upcoming hot weather. 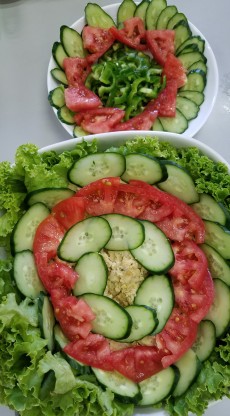 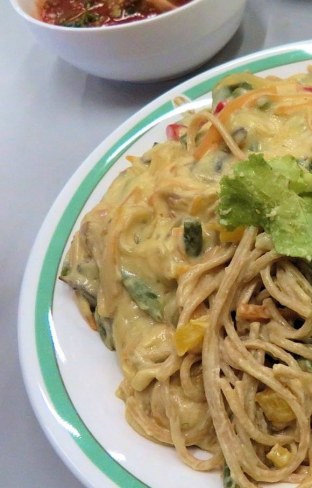 There were also various vegan foods and ingredients available for purchase after the class, including ground cashew nuts, cashew nut “cheese,” vegan ramen, muffins, and much more. This was a good chance to pick up some ingredients and foods that I don’t usually see in the store. 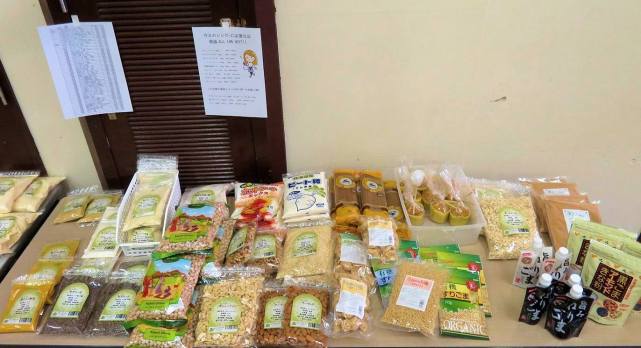 There is an optional nutrition lecture (held in Japanese, except once a year when there’s a guest lecturer from the U.S., in which case it’s translated into Japanese) that begins 30 minutes before the class, or it’s fine to join just for the class itself.

The recipes are in Japanese but help can be provided translating them into English.

The next class will be held on June 23rd, 2019 in Harajuku, and the theme will be Asian-style food, including a tofu and bean salad, young bamboo shoots with wakame seaweed, raw spring rolls, and fruit and nut balls, and soft brown rice. The class is from 10:30 to 2:00, including the lecture before we start cooking.  Participation fee is ￥3000, but first-time participants get a discount of￥500.

To join, please comment on one of the NEWSTART cooking class posts on Facebook, such as in the group Vegan Japan  ヴィーガン日本, or call 0495-74-0232 between 9 and 5 Mon-Thur, and between 9 and 12 on Friday. If you need to speak with an English-speaker, just make that known and you will be transferred.

*I was provided one free cooking class in exchange for writing this review. I purchased ingredients to take home with my own money.