A new vegan and halal cake is available in the Kanto area. It can either be picked up at Ikebukuro station in Tokyo or Asaka Station on the Tobu Tojo Line in Saitama, or shipped to locations in Kanto.

The information is as follows:

“Vegan Black Forest Cake is Now Available in Japan
Good news for your sweet tooth! You can now order a vegan Black Forest Cake (BFC). It’s a perfect treat for the health conscious. Made in a family kitchen, only the most carefully selected ingredients are used. Unlike most other cakes that contain white sugar, our BFC is sweetened using beet sugar. And for flavor, vanilla bean seeds are used instead of vanilla essence or alcohol. So it’s totally alcohol free!!! When in season, fresh cherries are used. Otherwise we opt for high quality, non-colored canned cherries instead.

Our body is a trust from God, never take it for granted. So let’s take care of it in the best possible way by starting to eat healthy. Eat that which is not only taste good, but also good for our health.

For a limited time only, you can get your hands on this must have treat for *4000yen only, after tax and refrigerated shipping, to Tokyo and Saitama (500yen shipping for area other than mentioned). Pick up also available at Asaka and Ikebukuro station. It’s available only for the first 10 orders until July 31st 2019. So be sure to place your orders as soon as possible. It’s selling out quickly. Currently only 5 promo cakes are available as per this article is posted.

*Standard price after campaign promo is 6000yen inclusive of tax and refrigerated shipping across Kanto. 600yen discount available if picked up at Asaka or Ikebukuro station.

Orders can be placed via instagram Direct Message to @kikaramel , via e-mail to kikaramel(at)gmail(dot)com, or via message to Facebook Page ‘Kikaramelized’. Mention that you want the cake, then give details of expected delivery date and time, plus your address. You’ll get replied with the payment method** as soon as we got your order.
**JP Bank transfer, or PayPal (with extra 452yen fee)

Comments from customers:
The cake looked absolutely gorgeous! It was rich in flavors yet so light that I couldn’t resist another slice. As the size was rather big and it wasn’t overly sweet, I happily had the leftover in the following morning. -Kaori

It’s soooo good!! Since it’s vegan, no guilty feeling eating it no matter how much ^^ -Eka
I was initially skeptical about how good a vegan cake would match up to coventional ones, but my doubts were laid to rest the moment I tried it. Needless to say, I was pleasantly surprised afterwards and now have a new found craving. – Bibi

It’s sooooo good, like.. really!!! I’ve tried it, the cake was soft with light sweetness. Perfect for the sweet tooth on a diet. – Rizka”

As a vegan cake, it’s so good. Recommended. Not many vegan cake could taste as good as normal cake. I can’t really tell the difference with non-vegan cake. -Nisa

About the chef:
Kikaramel has an insatiable passion for cooking and she’s a self-taught chef-in her own kitchen ever since she came to Japan in 2013. She began embracing a vegan diet in late 2015. She used to teach vegan Indonesian cooking classes at Shoji Izumi kitchen and contributed a number of recipes in the ‘Vegan Recipe of the World’ cookbook by Shoji Izumi in 2016.” 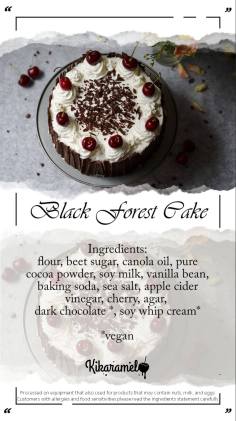 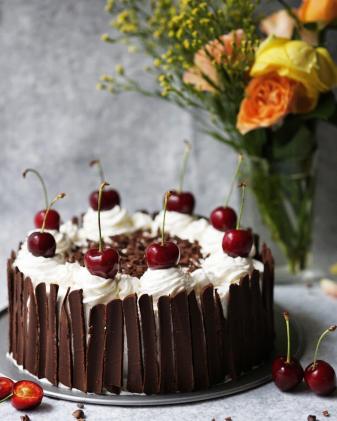 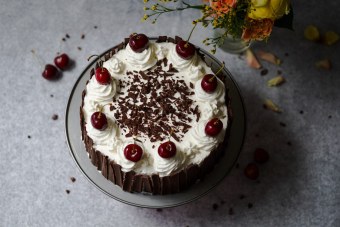 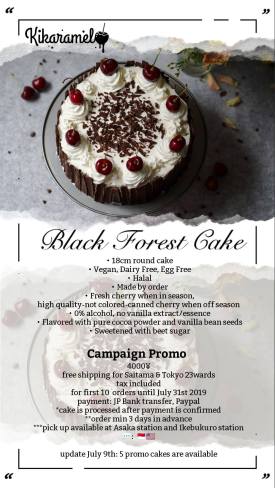 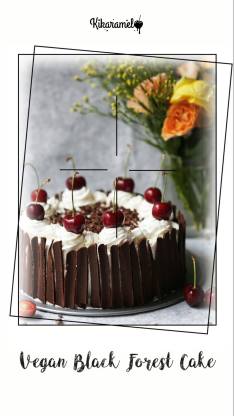